Onychogriphosis is the thickening or hypertrophy of the nail plate, which consequently produces the elongation and hypercurvature of the nail that results on the appearance of a snail or horn shell. Nails are purely epidermal structures that cover the distal and dorsal extremities of the fingers, both the hands and the feet.

Nails can thicken due to several factors: age, fungus, direct trauma, recurrent microtrauma, vascular pathology, hypermedication.
Proper milling and cutting of the nail plate will prevent pain when wearing shoes and the possibility of suffering from ingrown nails. The usual symptoms are, the exaggerated thickening of the nail preventing its growth in a straight line and ends up bending. This thickening is asymmetrical with deviation to one side, which gives it that horn appearance.

They usually have transverse striations and are blackish in color, gray and sometimes black, and even brown and yellow in some cases. They always lose the characteristic shine of the nail and look opaque. In congenital cases it can be evidenced in the 20 nails; However, it may be evident only in the toenail or in specific toenails if it is posttraumatic. In addition, sometimes calluses arise and nail residue appears under the nail. 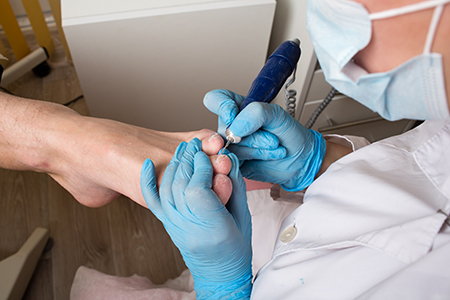 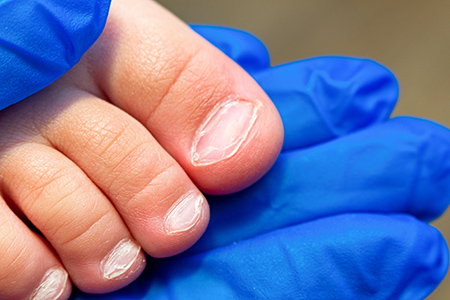