Ingrown toenails are a common condition in which the top or side of a toenail enters the surrounding flesh. If it is due to a bad cut of the nails or some kind of exceptional situation, it is interesting to try a nail re-education. If the problem becomes chronic or the ingrown nail is in grade III or higher, the only and best solution is surgical.

Nail surgery will always seek the partial or total removal of the nail plate depending on the severity of the injury or the remodeling of the soft parts so that they do not conflict with the nail. It is a comfortable surgery, where the patient can do daily life practically from the first day and that solves the problem definitively. More than 500 nail surgeries guarantee our results.

Among its most common symptoms are; Pain appears in the toe (generally the first one) when touching the edge of the nail, rubbing with shoes or when walking, and redness and inflammation is appreciated, since the alvoltant flesh of the nail that is stuck is thickened. If it is not treated in time, it can evolve producing a superinfection of the toe area.

An ingrown toenail can become ingrown for multiple reasons, with shoes that do not fit properly or toenails that are not properly trimmed being the most common reasons. The use of inappropriate footwear (too narrow, pointed or short) causes the foot to be compressed, which leads to the nail becoming ingrown. Also a too wide shoe produces this injury, since the foot goes “dancing” inside the shoe, producing microtraumatisms of repetition in the nail. The other main reason is the improper cutting of the toenails, since cutting the edges of the nail in a rounded and too short way makes them grow around the skin and nail in. That is why it is advisable to cut them straight, leaving the corners visible.

In addition to these there are other causes such as nail malformations (grow down, are larger than the finger), crushing of the finger, trauma… 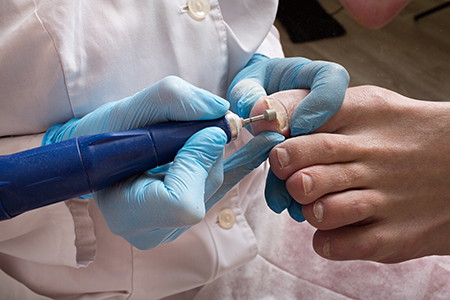 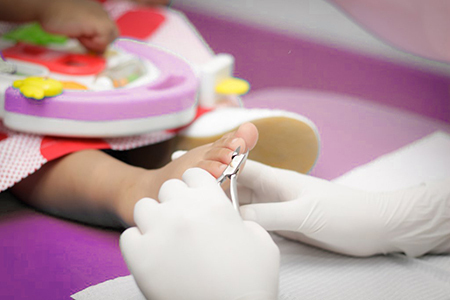