It is a disease of viral origin responsible for more than 30% of the cases of pediatric hospitalization in the winter season affecting children under 2 years. The symptoms are sometimes mild and nonspecific (catarrhal symptoms, decreased intake …). There is no specific treatment but sometimes symptomatic or supportive treatments such as hypertonic saline nebulization are required. We offer the possibility of administering these treatments to facilitate the path to recovery.

There are isolated cases throughout the year, normally one or two epidemics of bronchiolitis during the cold months, between November and March. And in these cases, it is the Respiratory Syncytial Virus (RSV) that is mainly responsible. It mainly affects children under 2 years old. Each year about one in three infants under the age of one have bronchiolitis. The peak occurs between 2 and 6 months of age. Transmission occurs through the mucus or saliva of an infected person. And it spreads easily in the family environment, in day-care centres and in hospital or health centre wards.

It is also caused by other viruses such as the flu virus, Parainfluenza or Adenovirus.
The symptoms can vary greatly. It usually starts as a cold, with nasal mucus, a mild cough and sometimes a fever. After a day or two, the cough gets worse and the child has more labored breathing. Some children may also have difficulty breathing (ribs are bruised and the abdomen moves a lot) and chest noises (such as “whistles” or “hisses”). This is because the bronchioles become inflamed and produce mucus, making it difficult for air to pass into the lungs and for the child to breathe. 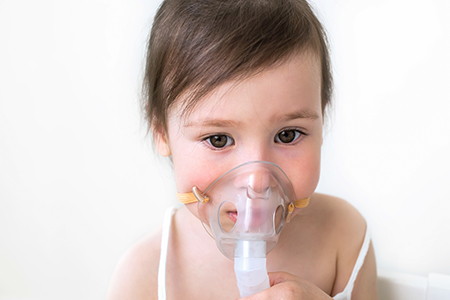 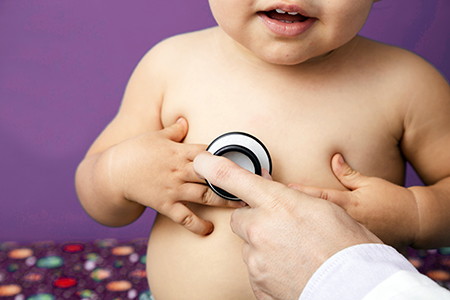 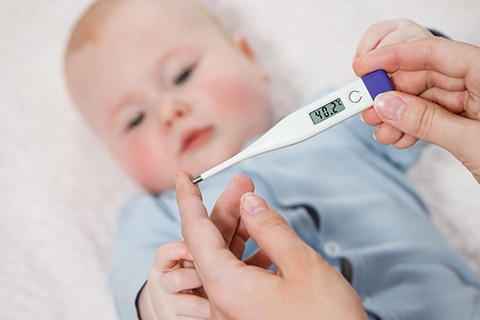